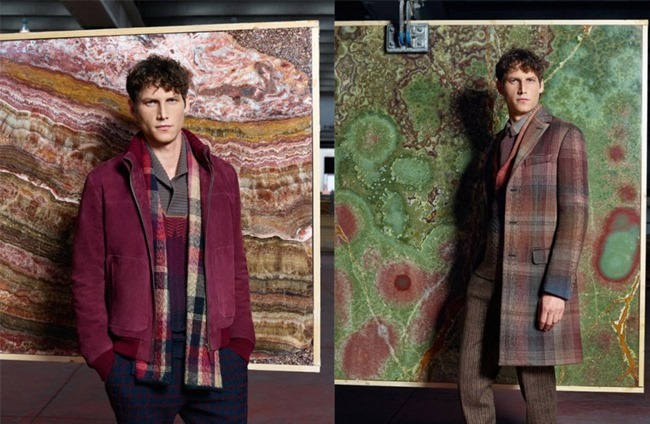 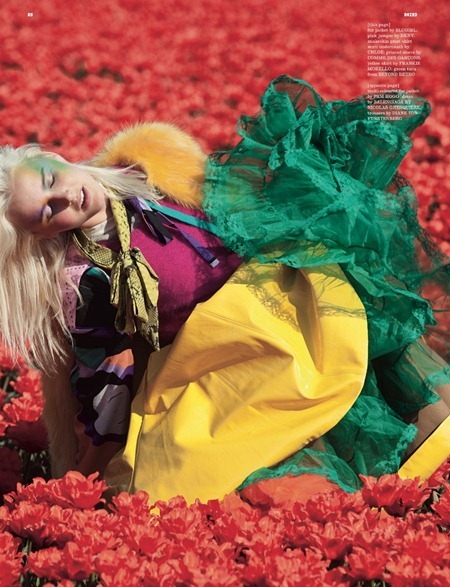 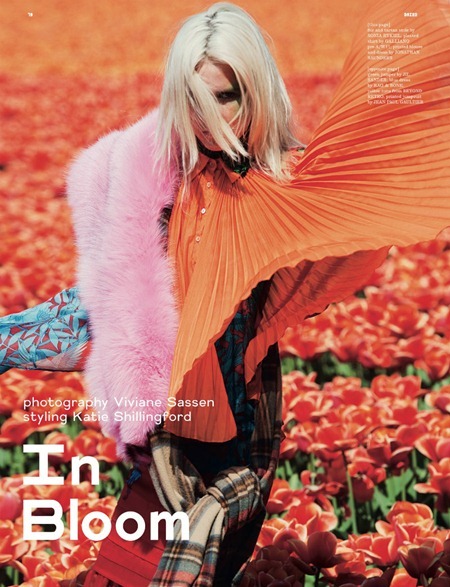 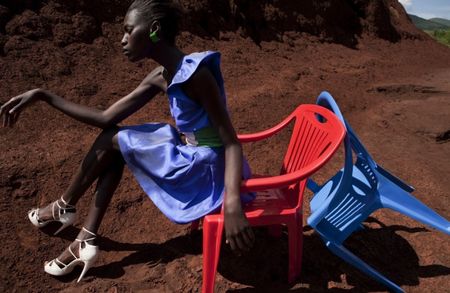 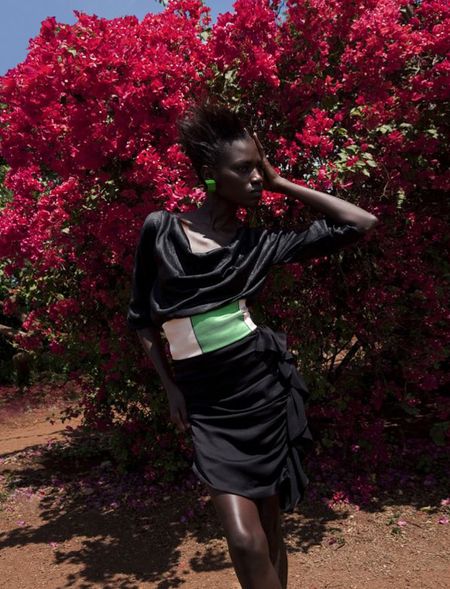 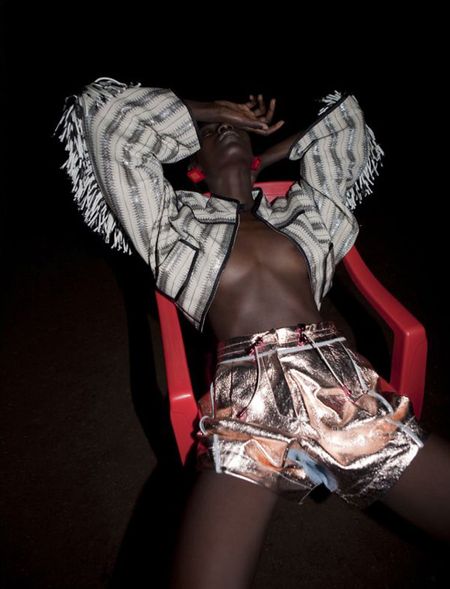 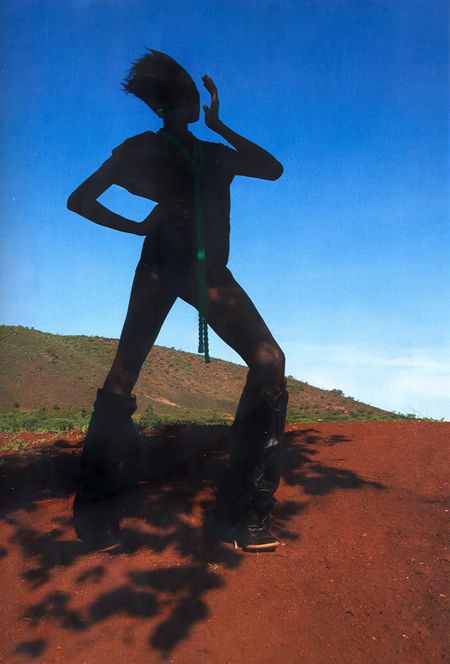 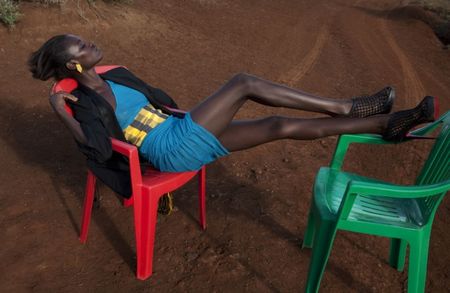 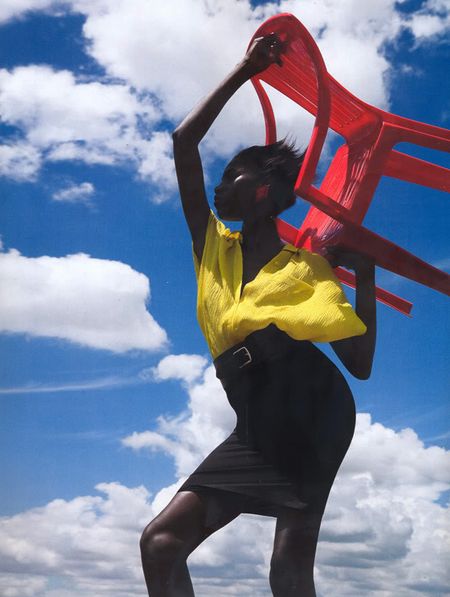 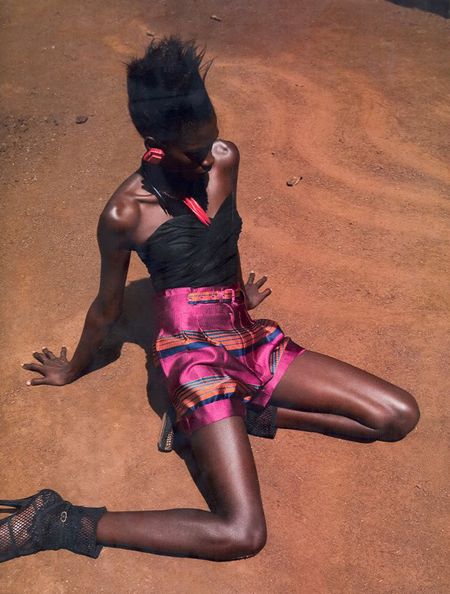 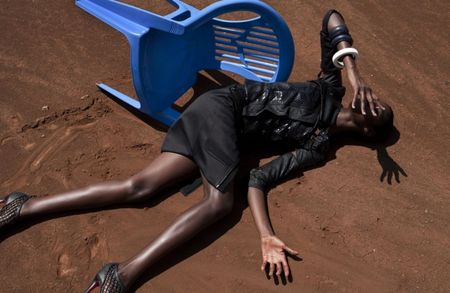 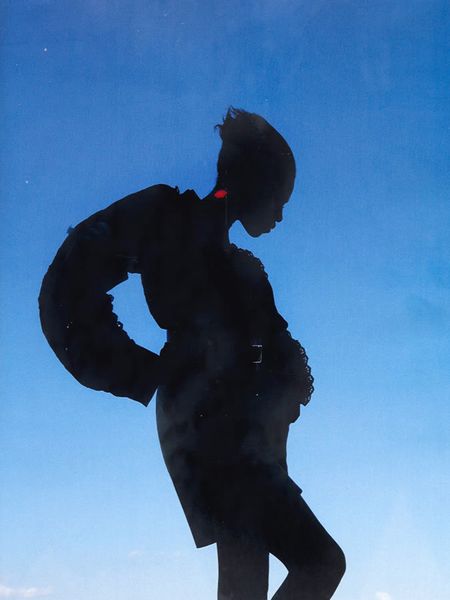 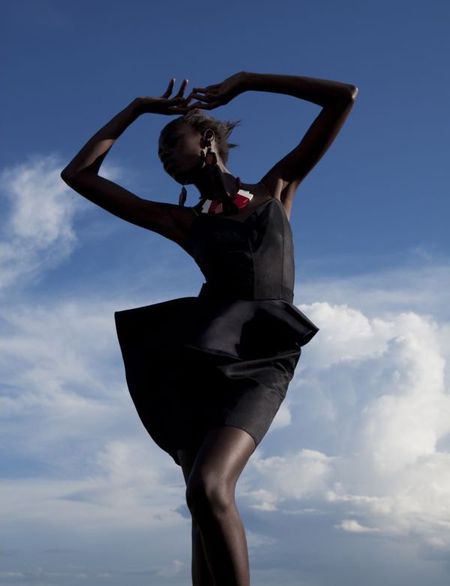 The fall-winter edition of Pop magazine is all about expecting the unexpected. With its new creative vision, Pop has placed blogger Tavi Williams on the cover, and also enlists the help of a new team of contributors. An example of this can be found in, “This is Pop World, Free Your Mind, Put Your Head Back in the Clouds and Start the Ch-Ch-Ch-Change”, by Viviane Sassen. Sassen’s “Pop World” is an editorial just about as eccentric as its title itself, and features model Kinga Rajzak wearing an impressive set of wigs, painted blue and photoshopped in a multitude of ways. Unexpected, indeed. 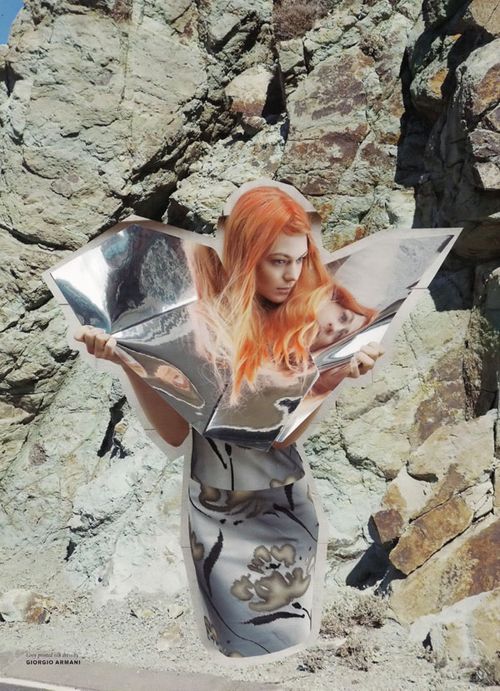 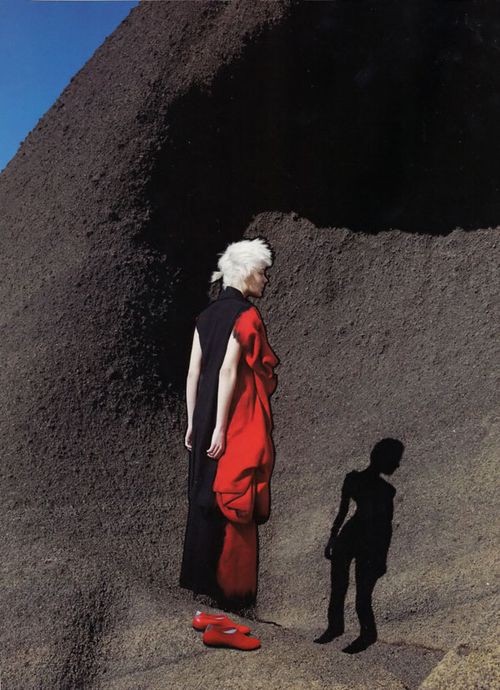 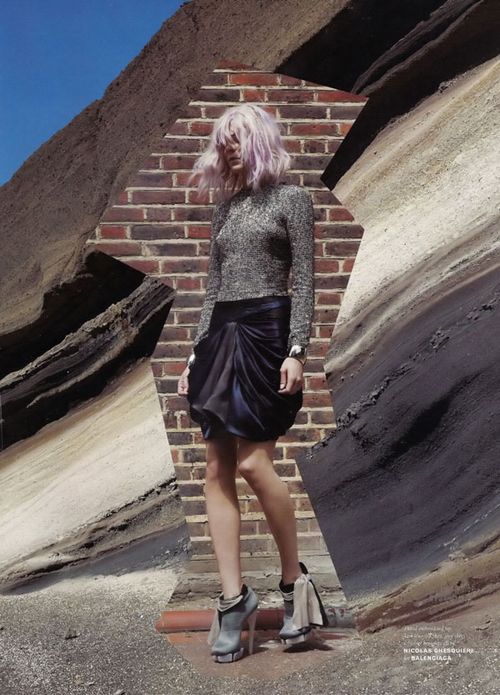 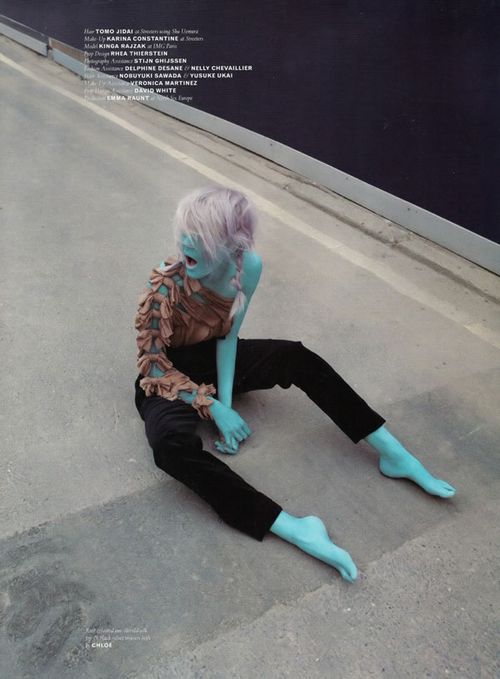 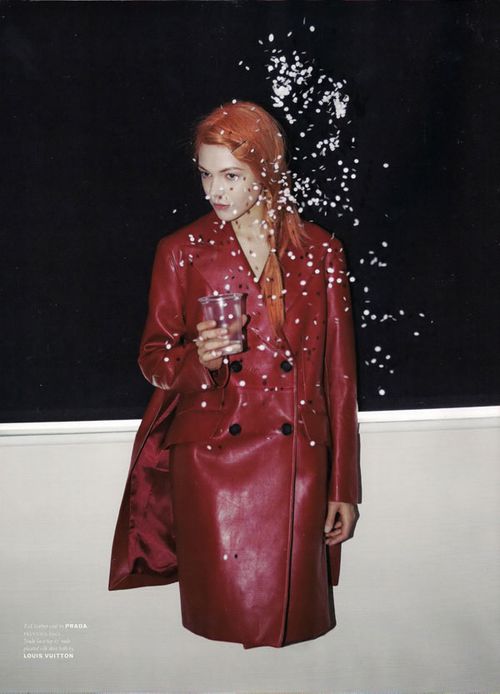 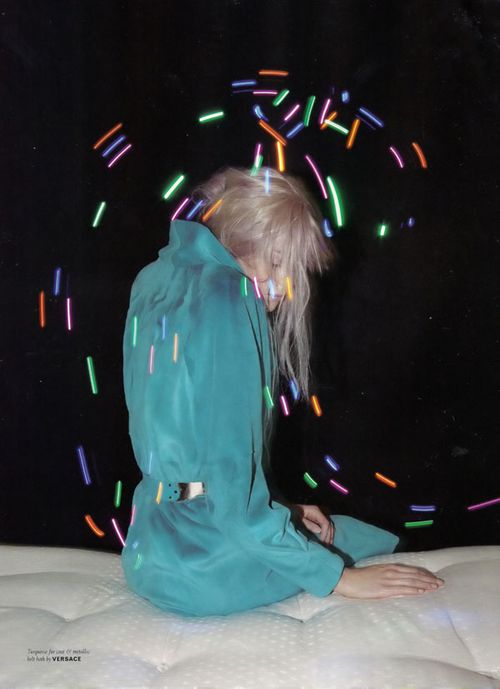