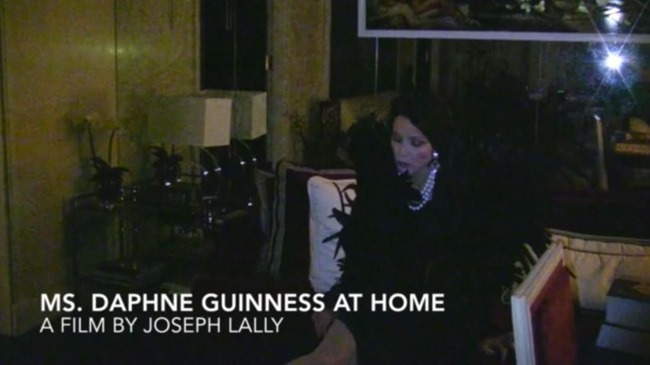 Ms. Daphne Guinness At Home from Joseph Lally on Vimeo.

Nick Knight brings us more Alexander McQueen in the form of a short film, "Lee Alexander McQueen, 1969 - 2010." The recent Savage Beauty exhibit reignited our appreciation of the designer's work (as our Instagram followers know). We only managed to see the show a few times and were sad to see it close. Even as the fashion world changes and evolves, McQueen's vision remains singularly brilliant and complex.

Knight, together with filmmaker Younji Ku and art director Jon Emmony, has created a montage of ShowStudio’s archive footage of the late Lee Alexander McQueen’s creations, for a film called "Lee Alexander McQueen, 1969-2010." Knight has taken footage of some of McQueen’s most striking looks — among them a red feathered dress from his spring 2001 show, and a sculptural hound’s tooth outfit from his fall 2009 collection — and has heightened the looks’ impact by distorting the footage and embellishing it with 3-D animation. 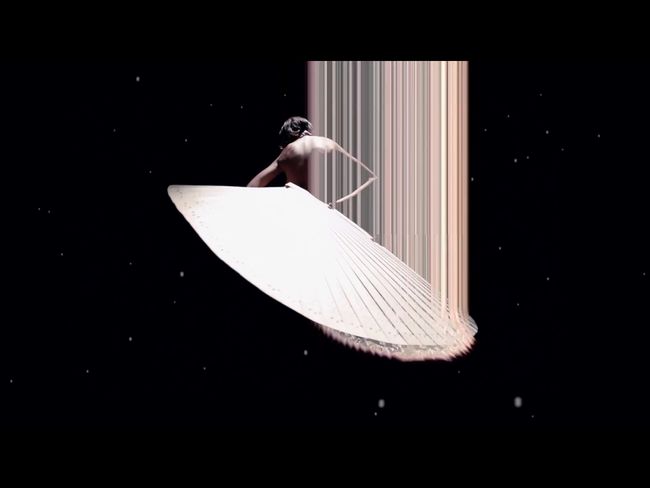 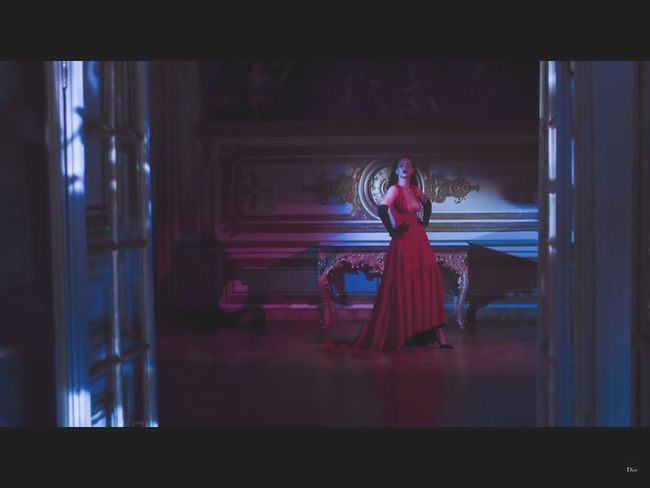 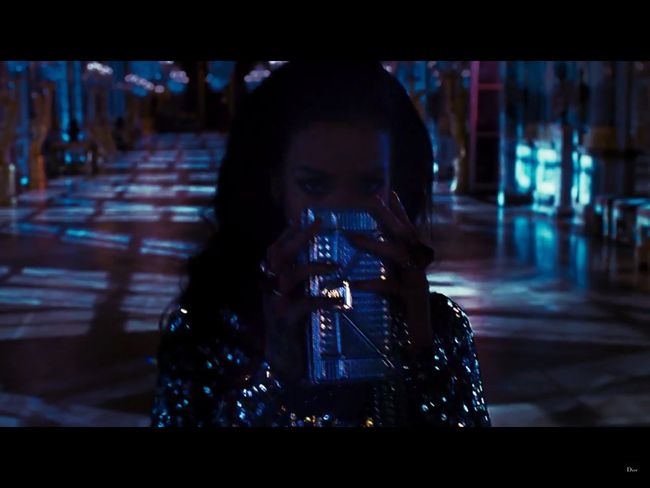 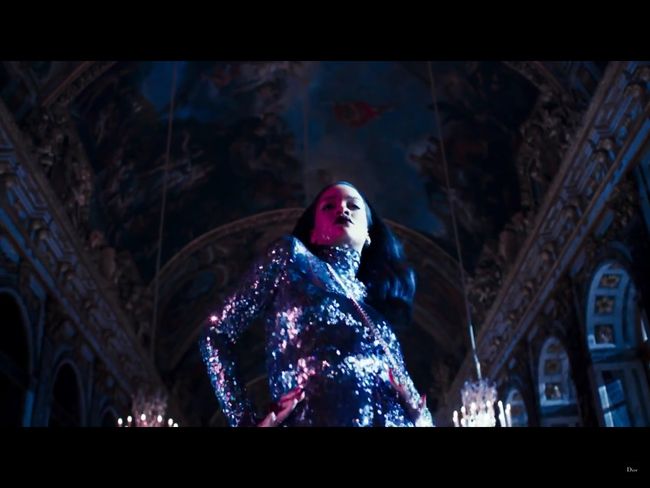 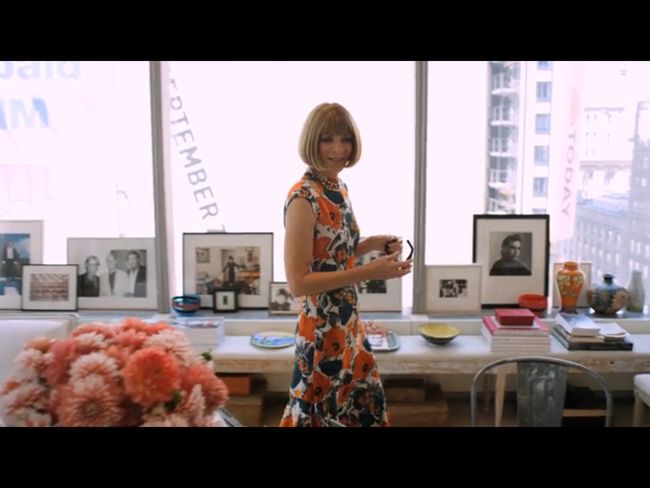 The KENZO Fall-Winter 2014 campaign takes us on a mysterious journey to an unfamiliar world. A place where the ordinary is slightly distorted, mirrors lead to other dimensions, and the strange and beautiful coexist in singular harmony.

Born of the inspirations for the fall collections, David Lynch and his oeuvre, the advertising presents the KENZO collections for Men, Women, Kids and Accessories. Each image depicts a jarring cinematic scenario, all of which were contrived by KENZO's creative directors, Carol Lim & Humberto Leon in collaboration with TOILETPAPER Magazine's creatives, Maurizio Cattelan, Pierpaolo Ferrari and Micol Talso. This is the third occasion the creative fivesome have worked together on a KENZO campaign, having previously come together for the Fall 2013 and Spring-Summer 2014 collections. Where once in the image it was the protagonists dictating the mood, herein lies a world where the subjects are trying to find their way through unknown territory.

Known for their unique and playful take on the eccentric, the TOILETPAPER team brings the viewer on another perplexing exploration into the parisian fashion houses collections, this time with the help of models Guinevere Van Seenus and Robert McKinnon.

"This being our third collaboration, we were interested in figuring out ways to evolve the past concepts into something that felt different but still in the spirit of both KENZO and TOILETPAPER. Since the collection was inspired by David Lynch, it was natural for us to incorporate some of the emotions we experience when seeing his work."

"Guinevere really feels like a woman who could live in David Lynch's world and could emulate the range of charactor one could see in his movies. We loved how she plays on the subtly ambiguous relationship with robert. It's part of the process of trying to discern what's really going on." 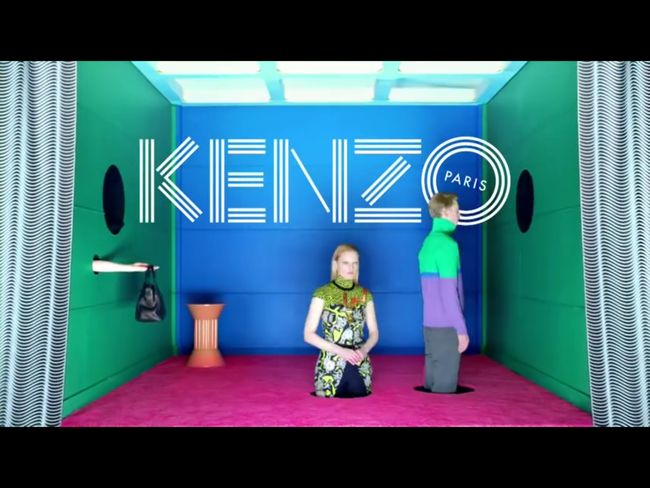 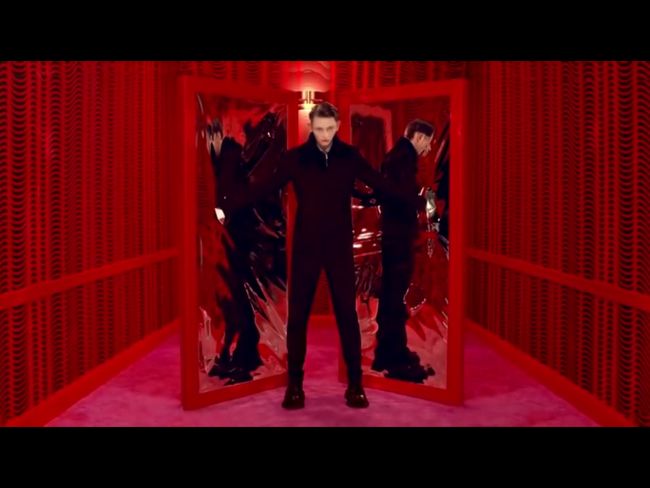 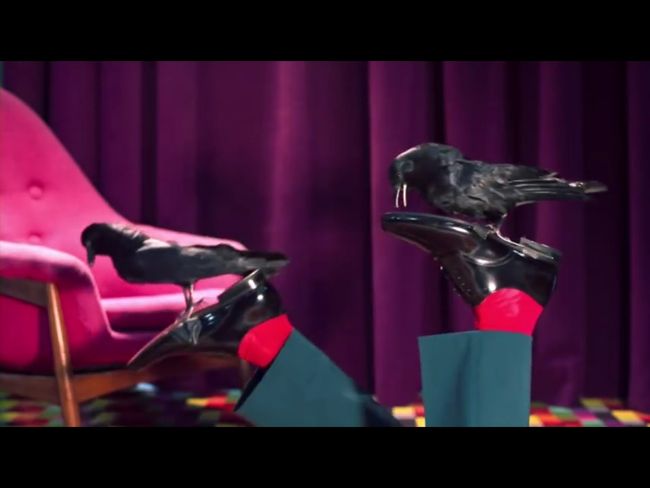 David Lynch has proven to be one of the most interesting and insightful directors, artists and musicians of our time. His imagination and ingenuity can stimulate forgotten emotions through his canny use of whatever medium he chooses. Following our men's and pre-fall collections earlier this year, the KENZO women's Fall-winter 2014 collection is the crescendo in a trilogy of collections inspired by his oeuvre. Working with him on the set design and music for this show, we find ourselves drawn into the head of the creator, and explore the various beautiful, idiosyncratic and elliptical characters he dreamt up for his myriad of works. We delve into the body of pieces which have portrayed love, revenge, the strange and mysterious with equal candor.

David Lynch : "I really liked working with Humberto, Carol and the people at KENZO. I wanted to try to get a different feel for a runway show, having mystery and emotion swimming together." 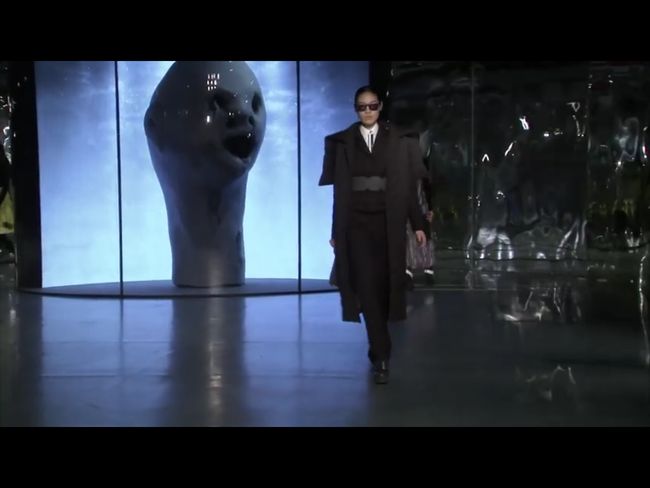 Madonna and Steven Klein's Trailer for #SECRETPROJECT for ART For Freedom