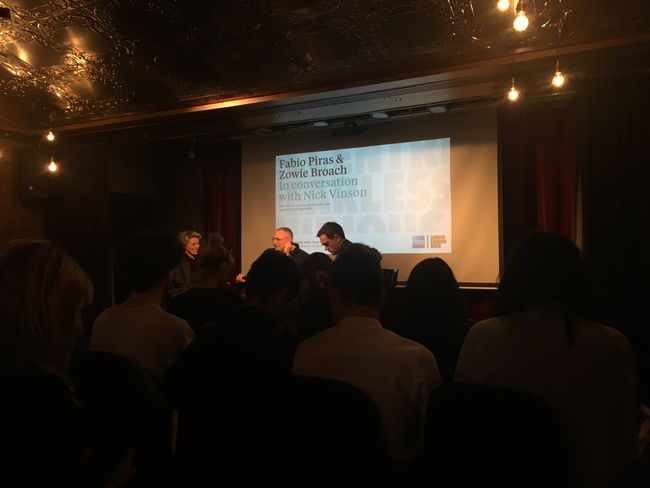 On Saturday, we attended another of the London Fashion Week Talks, Presented by American Express. Fabio Piras of Central Saint Martins and the Royal Academy of Art's Zowie Broach discussed the role of a Masters degree in the fashion industry.

Both Piras and Broach stressed that earning a fashion Masters requires students to reflect on who they are as individuals. Students are asked to explore their points of view on fashion as a craft and as an industry. Having such a window of time is often seen as a luxury, Piras acknowledged.

Broach also emphasized finding new opportunities in collaborative "collisions" between separate fields, such as those between fashion designers and car manufacturers. With an eye for innovation, the best graduate fashion schools carefully select the industry briefs that students will work on as part of the programme curriculum.

The talk ended on the subject of the prohibitive cost of attending graduate school in a city such as London. Piras and Broach stressed the need for industry leaders to help students and universities in covering the escalating expense of education.

The talk took place at the Century Club on Shaftesbury Aveneue in London.