Aya Sato and Bambi first caught my attention in Madonna's "Bitch I'm Madonna" music video. Remember the Japanese women Voguing in the bathtub? As it turns out, the two are getting some well-deserved attention lately.

Alexander Wang recently cast them in his AW2015 campaign. AyaBambi have also appeared in a few music videos. AnOther magazine also collaborated with the duo on a video project.

As a part of the MOVEment project, created by AnOther Magazine in collaboration with Sadler's Wells, AyaBambi were featured in one of the fashion films directed by seven standout contemporary directors, and featuring seven bespoke created collections by leading fashion designers

Just a few days ago Dazed published an online introduction to, interview with the two performers.

Aya Sato and Bambi (together known as AyaBambi) are the Japanese dance duo and irl engaged couple who have become an internet sensation by mixing and matching the ancient and honourable New York-born art of Voguing with a collar-and-platforms Goth look that wouldn’t look out of place in an 80s London Industrial warehouse party or the darkest corners of Tokyo.

Wang describes first meeting them at one of Madonna's parties.

"I’ve been watching Aya and Bambi for a while since I stumbled upon them online," he told WWD. "Coincidentally, they had just been cast for Madonna and I met them at M’s party in Paris and fell in love. They all are such individuals yet they all fit the characters of this collection seamlessly."

Read more about AyaBambi at Dazed. 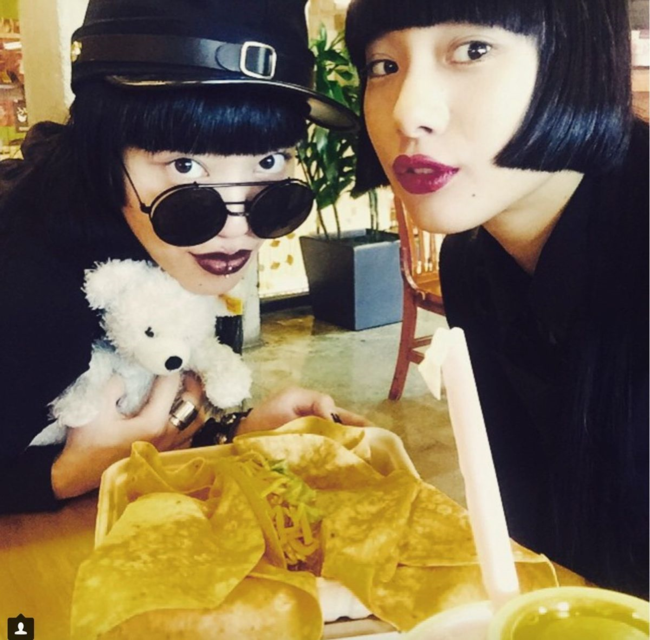