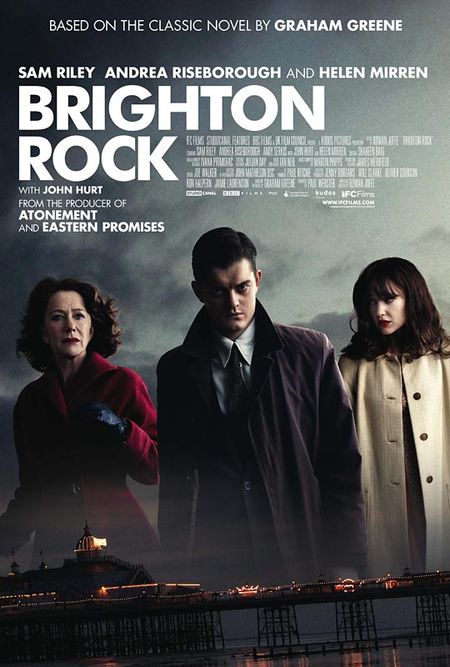 Based on Graham Greene's chilling 1938 novel, BRIGHTON ROCK is the hard-boiled, visually captivating debut film of Rowan Joffe. An official selection of the Toronto International Film Festival, the film features an incredible cast of both British acting royalty and brilliant newcomers. Sam Riley (CONTROL) is the young anti-hero Pinkie, a cunning charmer trying to make his mark on the vicious gangland of Brighton. When a young waitress (Andrea Riseborough, who was nominated for 2 BIFAs for her breakthrough performance) stumbles on evidence that links Pinkie and his gang to a revenge killing, he draws her into a conned romance to keep the loose end tied up. When Rose's world-weary boss (Oscar-winner Helen Mirren) becomes suspicious of the enigmatic young man hanging around her charge, the tangled web becomes a deadly game of psychological cat-and-mouse-- an atmostpheric mystery-noir that fully captures the mood of Greene's violent and sexually daring masterpiece.